Tibet’s Milarepa (1052-1135 CE) lived as a cave hermit for 12 years. Practicing extreme austerities and intensive meditation, ultimately he achieved enlightenment. Here is a small taste from the vast storehouse of Milarepa’s wisdom, which has loomed large in Tibetan Buddhism.

1
I renounced all affairs of this life;
And, no longer lazy, 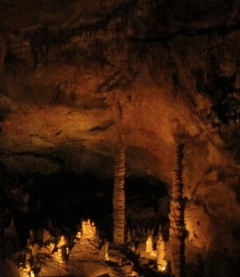 Devoted myself to Dharma.
Thus I have reached
The State of Eternal Bliss.
Such is the story of my life.

2
High above,
Dark clouds gather;
Deep blue and far below
Flows the River Tsang.
The brook chatters
Past pebbles and rocks
At my feet, wild flowers bloom,
Vibrant and profuse.

3
Comprehending beyond good and evil
Opens the way to perfect skill.
Experiencing the dissolution of duality,
You embrace the highest view.

4
How foolish to spend your lifetime without meaning,
When a precious human body is so rare a gift.

5
The affairs of the world will go on forever.
Do not delay the practice of meditation.

6
When you are young and vigorous
You never think of old age coming,
But it approaches slow and sure
Like a seed growing underground.

8
Who can tell when death will come?
Ever think of this,
And devote yourselves
To Dharma practice.

9
The time has come for you to help yourself.
Life flees fast. Soon death
Will knock upon your door.
It is foolish, therefore, one’s devotion to postpone.

11
Long accustomed
To contemplating compassion,
I have forgotten all difference
Between myself and others.

12
In the monastery of your heart and body,
you have a temple where all buddhas unite.

13
When one comes to the essence of being,
The shining wisdom of reality Illumines all
Like the cloudless sky.

14
Life is short,
And the time of death is uncertain;
So apply yourself to meditation.

16
A yogi, I roam the mountains.
Like a great Mandala, my body is full of bliss.
Cleansed of desires and pride, I feel well and happy.
With longing for diversions extinguished, I feel joy in solitude.

17
Happy and joyous do I live … without plans or schemes.
I want neither fame nor glory.
Wherever I stay, whatever I wear or eat,
I fell truly content.

19
Death is like an oil-dry lamp
(After its last flicker).
Nothing, I assure you,
In this world is permanent.

20
Veiled by ignorance,
The minds of man and Buddha
Appear to be different;
Yet in the realm of Mind Essence
They are both of one taste.
Sometime they will meet each other
In the great Dharmadhatu. 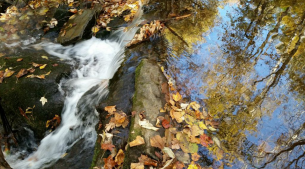 Being centered and present to oneself, the present moment, and existence itself… Here are glimpses of the vast storehouses of wisdom to be found within the ancient faith traditions of Hinduism and Buddhism. 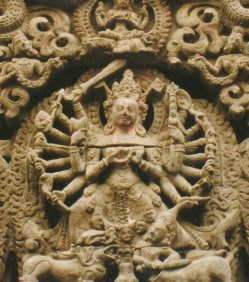 The Bhagavad Gita – from Prabha Duneja’s translation, The Holy Geeta.

The Dhammapada – Sayings of Buddha, from two special translations.

Light from The Upanishads – quotes from the translation of scholar-mystic Swami Nikhilananda.

Selected Devotional Songs of Hinduism – as cited in the epic book, The Gospel of Ramakrishna, a spiritual page-turner.

Shantideva’s Bodhicaryavatara – a classic, from a translation by Richard Faulds and Danna Faulds. An English rendering of the title is “Entering the Path of Enlightenment.”

The Songs of Milarepa – I have long been fascinated by this extraordinary being who offered his teachings to the world through song – 100,000 songs, it is said! Can you imagine? 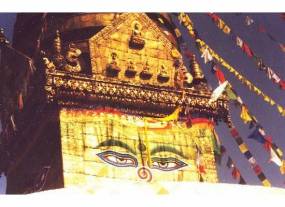 Vast as the Universe – quotes by Swami Kripalu, a contemporary Yoga master.

Vedanta – The Oneness of All – shining a light on the ancient wisdom of India, drawing from several not-so-common sources.

Zen Gems: Return to the Origin – prized quotes from many sources. Zen philosophy has a unique knack for piercing delusion’s fog and cutting to the spiritual chase.

Although I’ve never taken up spiritual residence in Buddhism, its teachings have graced my way through the years. As the Buddha said, “One who drinks deeply of the Dharma, with a clear and open mind, rests well.” 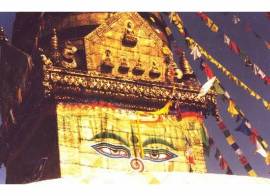 The Dhammapada – Sayings of Buddha, from two special translations:
(1) Thomas Byrom’s version (Shambhala, 1993), and
(2) translated into Tibetan from the Pali by dGe-‘dun Chos-‘phel, then into English (Dharma, 1985)

Shantideva’s Bodhicaryavatara – a classic, from a translation by Richard Faulds and Danna Faulds. An English rendering of the title is “Entering the Path of Enlightenment.”

Shantideva’s Milarepa – I have long been fascinated by this extraordinary being who offered his teachings to the world through song – 100,000 songs, it is said! Can you imagine?

Zen Gems: Return to the Origin – prized quotes from many sources. Zen philosophy has a unique knack for piercing delusion’s fog and cutting to the spiritual chase.

In this new era, our biosphere’s continued ability to sustain life and civilization is no longer assured. We have so much to learn and share as we reimagine ways of living that can make a path to a sustainable future.

Browse this website for nuggets of ancient and contemporary wisdom to draw upon for our future-in-the-making.

LATEST BLOG POST:  We Are in a Climate Emergency 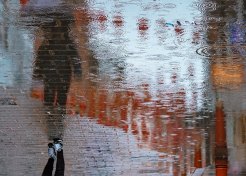 Friends, we are in an environmental, economic, social and spiritual crisis. For ten years people have been talking about climate change as an 11th hour problem. Now the climate clock has struck midnight, and we have a very small window of time to prevent ecological and social collapse. We find ourselves freestyling—grasping for a viable path to survival because the predicament that we find ourselves in demands no less.   Read more >> 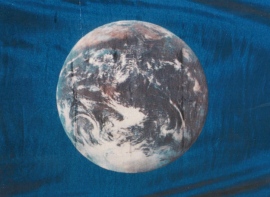 “We are all here to contribute our gifts toward something greater than ourselves, and will never be content unless we are.”

Click here to learn more about my background that informs my social change communications work, my interfaith spiritual direction practice, and this website. 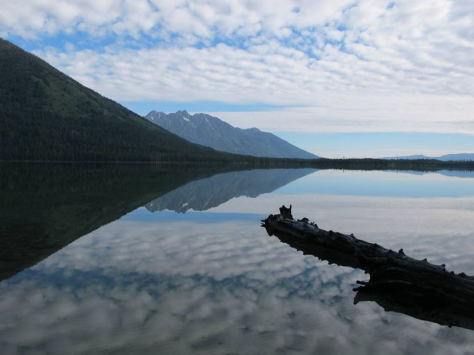 Sign up to receive occasional email updates about new blog articles or other resources of interest.

Unique in spiritual literature, The Gospel of Sri Ramakrishna—over 1,000 pages in length—is an up-close portrayal of one of the modern era’s great holy beings and his close-in devotees. Here is a sampling of the raw, passionate, inspiring song lyrics that are sprinkled throughout this one-of-a-kind book. 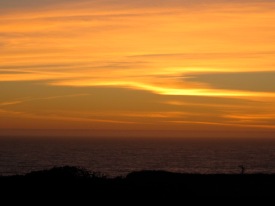 1
Oh, when will dawn for me
that day of blessedness
When He who is all Good, all Beauty, and all Truth,
Will light the inmost shrine
of my heart?

2
We know not
whence we come,
nor where we float away.
Time and again
we tread this round
of smiles and tears.
In vain we pine to know
whither our pathway leads,
and why we play
this empty play. 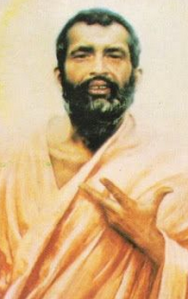 3
How are you trying,
O my mind,
to know the nature of God?
You are groping like a madman
locked in a dark room.
He is grasped through ecstatic love;
How can you fathom Him without it?
He dwells in Everlasting Joy.
When love awakes,
the Lord, like a magnet,
draws to Him the soul.

4
Fasten your mind, O man,
On the Primal Purusha
Who is the Cause of all causes,
… the Beginningless Truth.
He pervades the infinite universe.
He shines in the cave of the heart.

5
Light up, O mind, light up true wisdom’s shining lamp,
And let it burn with steady flame
Unceasingly within your heart…
Dive deep, O mind, dive deep in the Ocean of God’s Beauty.
If you descend to the uttermost depths,
There you will find the gem of Love.

6
I shall become a yogi and dwell in Love’s mountain cave.
I shall be lost in yoga beside the Fountain-head of Bliss.
I shall draw the waters of Peace into the jar of my soul.
I shall laugh and dance and weep and sing on the heights of Joy.

7
Thou (art) the Spring of my boundless bliss,
Thou the Helmsman who dost steer my craft
Across the sea of life.

8
I have made Thee, O Lord, the Pole-star of my life.
No more shall I lose my way on the world’s trackless sea.
In my heart’s inmost shrine Thy face forever beams.

9
In Wisdom’s firmament the moon of Love is rising full,
And Love’s flood-tide, in surging waves, is flowing everywhere.

10
Om, I bow to You, the Everlasting Cause of the world.
I bow to You, Pure Consciousness,
The Soul that sustains the whole universe.

These are excerpted from The Gospel of Sri Ramakrishna, tr. Swami Nikhilananda (New York, Ramakrishna-Vivekenananda Center, 1942).

Sri Ramakrishna lived in Southern India in the later 1800s. He would fly into spiritual ecstasy at the slightest provocation. The soaring notes of a heartfelt hymn at dusk, the sight of a flock of white birds superimposed on dark grey storm clouds, or the sight of his beloved Divine Mother in any of her innumerable forms—all would cause Ramakrishna to become immersed in the joy of union with the Divine Beloved.

Read about Sri Ramakrishna on Tumblr.

The page number for each of the above song excerpts is:

The following quotes offer a thimbleful from the oceans of words that people have reached for to express the inexpressible, incomprehensible Source of All. 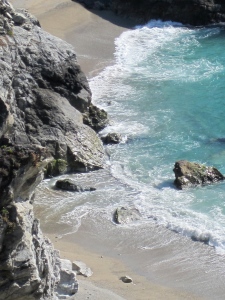 Truth is one;
the sages call it by many names.
(Hinduism, The Rig Veda)

2
There are
many paths
to the top of
the mountain,
but the view
is always the same.
(Chinese Proverb)

3
You may follow one stream.
Know that it leads to the Ocean,
but do not mistake the stream for the Ocean.
(Jan-Fishan)

6
He to whom you pray
is nearer to you
than the neck of your camel.
(Muhammad, Islam)

7
There is a spirit in the soul,
untouched by time and flesh,
flowing from the Spirit,
remaining in the Spirit…
In this principle is God,
ever verdant, ever flowering
in all the joy and glory
of His actual Self.
(Meister Eckhart, Christianity)

8
The souls of all that live
are the splendor of the Divine.
(Judaism)

9
Meditating on the lotus of your heart,
in the center is the untainted;
the exquisitely pure, clear, and sorrowless;
the inconceivable;
the unmanifest, of infinite form;
blissful, tranquil, immortal;
the womb of Brahma.
(Kaivalyopanishad, Hinduism)

10
The kingdom of God is within you.
(Christianity)

11
The deity is immanent in man
and man is inherent in the deity.
(Shinto Tradition)

12
Cherish that of God within you.
(Christianity, Quaker, author unknown)

13
Seated in my higher mind,
I live in communion with God
and within me rings ever
the unstruck Music (of Bliss).
(Sikhism, The Holy Guru Granth Sahib)

14
There is not a single place
in all the corners of the world
where God is absent.
(Omoto Kyo)

15
It is said that when you take
only one step toward Him,
He advances ten steps toward you.
But the complete truth is that
God is always with you.
(Muhammad, Islam)

16
In the beginning was God,
Today is God
Tomorrow will be God.
(African Traditional Religions)

17
When one comes to the Essence of Being,
the shining Wisdom of Reality
illumines all like the cloudless sky.
(Milarepa, Tibetan Buddhism)

18
The destination of all is to God.
(Islam)

19
God hugs you.
You are encircled by the arms
of the mystery of God.
(Hildegarde of Bingen, Christianity)

20
My mind is hushed in a wide and endless light.
(Sri Aurobindo, Hinduism)

3.  Poem read at the Sarva-Dharma-Sammelana at Bengalore — “Visions of an Interfaith Future”

5.   Devotional song from The Gospel of Sri Ramakrishna, by M., tr. Swami Nikhilanda.

6.   From the Hadith (Sayings of Muhammad), www.aworldholistic.com/peace_of_hadith.html.

8.   From a reading at a Yom Kippur morning service.