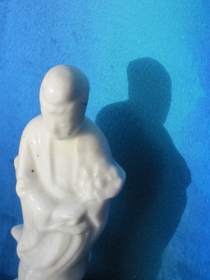 The Wisdom of Ram Dass – selected quotes from one of the great influencers of my spiritual journey.

Asian Mystical Poetry – Poetry is an apt form for expressing the inexpressible, dropping hints about places where words can’t reach.

Awakening to Transcendence -“Saikontan / The Roots of Wisdom” is one of the most amazing and special books that you have probably never read. Blending insights from Zen Buddhism, Taoism, and Confucianism, its plain-spoken words reach deep.

The Divine in World Religions – speaking to the particularities, and especially the commonalities, of how people connect to Source.

The Lamp of Eternity – quotes from The Mystics of Islam by Reynold A. Nicholson was written back in the early twentieth century. It surveys Islamic mysticism from its early days.

Nature and Spirit – collected quotes from many sources: inspiration, and a reminder of the truly essential.

Rabinindranath Tagore’s book, Fireflies is a good choice when looking for a short-and-sweet dose of inspiration.

Selections from The Qur’an, Islam’s sacred scripture that was revealed over a 22-year-period to Muhammad.

Siddhartha by Hermann Hesse – one of the first steppingstones on my path toward embracing the riches of Eastern spirituality.

Sikhism’s Guru Granth Sahib, the sacred scripture and guru for Sikhs, overflows with beautiful poetic expression. It includes many poem-prayers of the beloved Indian poet-saint Kabir.

Ten Death Poems – These were composed by people as their final poetic flourish before exiting this early existence. Death poems remind the living to wake up.